Ciara Wants to be Released from Jive Records. 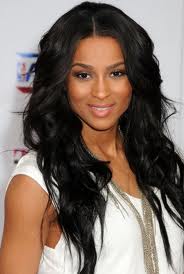 Ciara wants out of her contract with Jive Records. She said that she spent more than 100 thousand dollars of her own money to promote her album Basic Instinct. That was her lowest selling album. She said she tried to be a team player but she had to compromise what she believed. The album only hit 44 on the billboards. Not good. When an artist gets to this point in their career there is no need for a label. If she can come out of pocket and pay for her promotions then all she needs the label to do is distribute, that’s it.

Sometimes I believe the label gets over on the artists by taking full control of the whole process. It’s ok for artists just starting out that my not have any money but once a artist is seasoned and financially set then the label should drop back to distribution and nothing more. I think that they should let her out of her contract. Maybe someone else will pick her up and give her the support she needs. Maybe this is the labels way of dropping her without it being their fault but hers. Later they can say, well she wanted out instead of making it seem like they dropped her. They still look like the good guys. Let CC GO !!!