Chuck grew up in Newark New Jersey. He listened to different kinds of music such as Blue Magic, Michael Jackson and Rick James. When the movement of Hip Hop came along Chuck didn’t realize that it would make such a big impact. So he didn’t make much of it. Chuck used to stutter when he was younger. He couldn’t even get five words out. He used to write a lot with his brother and when he got 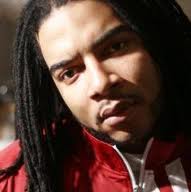 into rapping he realized that it helped him with his speech impediment. In high school kids tried to battle him in rap when they found out that he could rhyme. But at the time he was more focused on talking to the girls. He was very quiet and didn’t speak a lot but once he realized he could control his stuttering by talking like he raped he became surer of himself. Then the word got around that Chuck was a nice MC. Hip Hop gave Chuck a way to be cool. Chuck got into hip hop deeper and joined a group with his best friend Rasul and a couple other people. During this time groups were very big. Wu Tang was ripping the charts. Chucks group was called Fort Records. They use to do talent shows and Chuck had his first performance at a bar called Red Flame in 1996. By this time he was addicted to Hip Hop.

Chuck got signed to Relativity Records part of Loud Records. Loud back in the day was a big up and coming label that produced a lot of artists such as Three Six Mafia, Wu-Tang Clan, Big Pun, Dead Prez, Mobb Deep , Xzibit, David Banner and more. The group that Chuck was in at the time was called Daily News. This was about 98 to 99. Unfortunately they got shelved by the label. The label gave them a little bit of money and studio time. But things didn’t work out. So after Chuck got shelved with the group Loud Record put out a movie called Black & White. At the time Chuck was going by the name Cigar.

Well in the movie there was an artist named Cigar that was trying to get signed to Loud Records. Chuck realized that this movie was a portrait of his life with Loud. When people would hear his name they would assume that he was trying to copy the guy Cigar in the movie Black & White when actually the movie mocked him. So from this point on Chuck decided to change his name. One day Chuck’s manager was making fun of him because he had great connections. If he needed an engineer then he could get one, if he needed a producer he knew one. So Chuck’s manager called him the middle man, Chuck the Middle Man. So Chuck liked the name and felt it fit him. From that point on he was known as Chuck Da Middle Man.

Chuck had a cousin named Ruff that had a studio. His cousin worked with big artists. Chuck got to spend time in the studio and work on his craft. This time he was doing it for fun. Listening to beats and creating songs to them. Chuck would remember a beat and create a song for the track in his head. He walked around with like ten songs in his head. One day Buff put a beat on for Chuck and he went into the booth to record on it. Buff let friends hear the track and when they saw Chuck they gave him rave reviews on the song. So Chuck recorded the rest of the songs he had and made his first album that he sold for $10 per CD. During this time Buff was working with Hussein Fatal signed to 2Pasc’s Outlawz. Chuck got the chance to link up with Hussein and work with him. 2Pac was one of Chuck’s big influences along with Scarface, NWA, Bun B, Pimp C, Mack AAO, Andre 3000, Tom Grist and Jay Electronica. Chuck and Hussein used to link up and record in Buff’s studio. Chuck was looking forward to working with 2 Pac himself. 2 Pac was making plans to come to Newark before he got murdered. So Pac never made it. During the time of Pac’s death when the nation was split between East and West, Newark New Jersey took the stand with the west coast even thought they were east. Newark listened more to west coast music than they did east and being as though Hussein was reppin Jersey he repped the west coast.

Chuck plans on owning his own record label. He is currently sitting on two full albums that he will release. He is deciding when it’s the right time and how he can pierce the industry with his music. Chuck also wants to have access to radio and television. He says right now to this day Newark doesn’t have an identity of its own. They are in the middle of Philadelphia and New York yet their sound is more soulful. Not as hard as Philly and not as upbeat as New York. In the middle. I asked Chuck if he had any advice for new artists trying to make it in the industry. He says the industry has changed. You have to do your research on everything. You have to take the time to know if this is really something that you want to do. People look at the TV and see the glitz and glam but the industry is so different. It’s a hard business world that a lot are not ready for. He says that if you really want to be an artist you have to grind and grind hard. You can’t take this lightly and you have to really promote yourself and do a lot of networking. This is so true. I get tired of working with artists that have their hand out for money when they don’t truly take the time to invest in themselves first. You also have to get a manager, a lawyer and a publicist to be taken seriously. One thing that Chuck said that artist must do is, if you meet a known artist; don’t ask them for their number because they could give you a dud number. Chuck said ask them where they record. So that way you know where they create, where they work. Chuck said there is no better proof than to work with the artist in the studio and you can show them what you got. Makes a lot of sense.

It has been a pleasure interviewing Chuck. I have been following his music since 2007. I didn’t know him personally but I enjoyed his music. So I knew that one day I would do what I could for him to get his name out there. If you are interested in hearing his music you can find him at www.chuckdamiddleman.com and www.reverbnation.com/chuckdamiddleman .