Chuck D has recently expressed that there are serious problems in the hiphop industry.

During a conversation on a discussion panel in Washington D.C. several individuals of higher education and like-minded 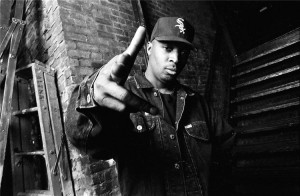 thinking stated that the nature of today’s rap/hip hop culture has in many instances taken a turn for the worst. The branding of hip hop culture has gone from one balanced level of peace, love, enlighten and cultural education to that of a quick hustle, illegal come-ups, “Pimping”, degrading women with misogynistic lyrics and serving a heaping helping of detriment to an already disenfranchised people.

In which I have to say I concur.

I’ve had the pleasure of speaking directly with such recording artist as David Banner and Rap Legend RaKim, who’ve both openly and genially expressed their disdain for today’s microwave brand of ‘food’ for starving artist.

The pre-fabricated mold for rap is one of a repressed, and incarcerated mentality that keeps the impressionable suck in a perpetual (psychological) “loop-back” in a matrix of poverty, crime, incarceration, human trafficking, prostitution, drugs, and risky sexual behavior. Allowing the media moguls to tell those who support the art who they believe ‘we’ are in relation to how they see ‘us’ as a collective. And I say us because I am an avid fan of the genera. I was around when it first made its debut with Rapper’s Delight onto “It Tricky” by Run D MC and so forth.

Over the past few weeks or so, I’ve been hearing the buzz from my idol of mine, expressing his concerns with the state of Hip Hop as we know it today.

“Get it Right Or Be Gone” was Rap Legend “Chuck D” of Public Enemy message when referring to Urban Radio. Sources state that he’s been seen engaging in a twitter beef with the team of Hot 97 FM, a New York Based radio station, since hosting their Summer Jam concert June 1. Chuck D declared that the concert was nothing more short of a menstrual show by quoting “a sloppy fiasco this station has made of Hip Hop”.

Chuck D has made no qualms about professing his unhappiness with the Summer Jam Concert, particularly over the prolific use of the N word and what Chuck D feels to be an unworthy lineup of artist, who did not adequately represent the New York Hip Hop community.

“This was the last straw; this $#!+ is over! If there was a festival and it was filled with anti-Sematic Slurs or racial slurs at anyone other than black people, what do you think would happen? Why does there have to be such a double standard?” stated Chuck D, while expressing general dissatisfaction over the current state of rap and radio stations that plays the offensive brand of music.

The artist featured during the controversial concert included such acts as NAS, 50 Cent, Childish Gambino, Iggy Azalea, The Roots, Nick Minaj, Wiz Khalifa and a host of others. But it wasn’t the artist themselves that offended the rap legend as much as it was the disturbing use of the N-word that was so easily repeated and tolerated by both the station and the festival organizers.

Chuck D adds that he felt it would be proper to include a contract clause for performers to at least be civil in the presentation of the art form they’ve been granted with. Although he makes it clear that he’s not attempting to serve as the ‘moral conscious’ of rap/hip hop, he does feel that its time for record labels to also consider clauses stating that future and current artist can not be derogatory to the community in which they hail from, included within the contracts signed by their artist. And the fact that the summer line up didn’t include any local artist (especially for a radio station that gave birth to rap and hip hop culture) was seen as blasphemous.

“It’s just a sloppy presentation of the art form, the worst presentation known to man, it’s negligent. There needs to be a greater representation of the culture and the community on that radio station. Broadening the discussion to the state of Urban radio in general. When people say the word “Urban”, they don’t know what that means. When they say urban music, they mean playing black artists — and artists outside the community. It should be a representation of playing music by a lot of different artists — non-black artists, too. I just want to see artists be able to have fair game.”

“It’s about their bosses, that’s where the discussion needs to go. I don’t’ have to sit down with them and talk about this. Why would I sit down with them? I don’t have time for that. I don’t have to show ’em shit; they’re grown people. I ain’t wasting my time. Let them sit down with the community and the artists. They’ll tell ’em. I’ll watch from afar. But they better get it right or we’ll destroy the platform of Urban radio across the country.”

I once read an article (Written by Mark Lewisohn; Beatles Historian) that explains in detail to the Examiner’s Beatles Page a clause the group posed to prospective clients. The clause included terms and conditions that states they refused to play for segregated audiences! According to the documents he’s unearthed, there was multiple tours in 1965 and 1966 in which the Fab Four refused to work in front an what they considered a ‘racially unequal crowd’ DEMANDING EQUALITY at their shows.

Why are our artist not bold or brave enough to state that they absolutely, positively will not rap or sing a song that degrades women, or mentions date rap/sexual assault, use the N word or brag about federal charges, time served in correctional facilities or glorify the sale and purchase of drugs and illegal fire-arms. If the Beatles could do it; there’s nothing stopping such artist as Jay Z, Lil Wayne, 50 Cent, Ludacris, Nicki, Or Trina from doing the same thing.

The problem with our artist (or ‘minority performers’) is that there’s more focus on making money and less on the quality of the art while honoring his roots and history. Completely dismissing the struggles of the artist that pre-date their success, and the female trail-blazers who fought (and over came) the chauvinistic principalities that kept women out of the rap game.