Now the City will never Sleep. Charlotte, known as the city that never sleeps, has even more reason to stay up. With bass booming and beat thumping, Vyzion Radio is hitting the Queen City like a storm. That’s right Charlotte there’s a new internet radio station making its home in your town and they 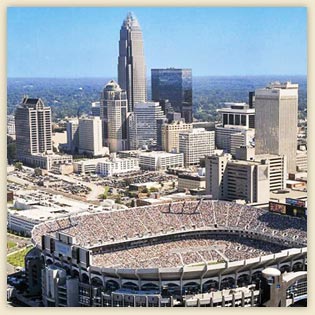 want you to know that they are here. This is fair warning to all the Charlotte online radio and FM stations, no matter how Hot you think you are, and all the other internet stations that are just playing the same song after song: Vyzion Radio is here to take over.

Vyzion Radio is the internet radio station that originated in Raleigh North Carolina home of “DJ Ty aka Mr. Hiphopnc” delivers a fantastic mix of music 24/7. Since its inception onto the internet scene on July 1, 2010, Vyzion Radio has been rapidly taking steps to overwhelm the competition in every city worldwide. With DJ’s around the world comprising what is called the Vyzion Elite DJ’s, listeners get the best of R&B, Hip Hop, Dance, Rock and many other genres, mixed together for your listening pleasure. Along with the careful guidance of CEO Greg Bailey , Vyzion Radio is sure to be a success in its Charlotte .

In a recent Interview with Spin live weekly magazine, Vyzion Radio Program Director DJ Ty is from Raliegh, NC and runs it from there stated “Charlotte as you know is the crossroads of the world and the city that never sleeps. And just like Vyzion Radio we have international DJ’s that come together and spin 24/7 and you get the greatest mixes of music on the planet. DJ Ty stated “we are actually better than Pandora”. Pandora is just a regular online radio station that plays a song after the other and here we mix 24/7 back to back and we have DJ’s giving you the best music.” Let’s also mention that Vyzion has IPhone and Droid apps that allow you to take and listen to them anywhere, any place at any time. The great value to the listeners is that it is free!!!!

DJ Ty then goes on to add “To be honest with you, with Vyzion Radio, being an online radio station, I don’t think there are internet stations that come close to us or even compete with us and the things we do. As far as the FM radio – Power98 in Charlotte – those are the only stations that are similar to ours and that’s only when they play their DJ mixes and that is on weekend nights. Other than that, I don’t see any station out there like Vyzion Radio.”

When asked when the move and kick off in Charlotte would begin, DJ Ty offered this “We are working on a Vyzion kick off party on New Years Eve and we are working with some of the biggest promoters in Charlotte to establish that. Once we get the word I’m sure people coming in will get hooked on it and the rest is ours.” The advice that DJ Tu offers to any competition not only in Charlotte, but worldwide is quite simple, “Basically pack up your bag…We’re coming high speed like a freight train with no brakes.” As of this article, Vyzion Radio is reported as saying that a major official launch party will definitely take place in December of this year so stay tuned and look for more information concerning the Charlotte take over and other Vyzion news on vyzionradio.com.