Claude ‘Vince’ Whitfield, otherwise known as The Play Maker or DJ Cog, began spinning at the mere age of ten. During his career as a disc jockey, he traveled far and abroad to explore the lands of 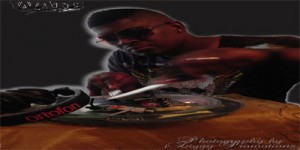 For seven years Mr. Whitfield has worked with music pioneers and some of today’s top artists as well as Record companies. His knowledge of the industry has led him to successfully managing teams in three different states. These opportunities have perfected Claude’s understanding of the music industry and have enabled him to adapt his music to all crowds of any culture. By familiarizing himself with all cultures, the Play Maker continues to become accustomed with developing brands that compete with some of the hottest markets today.

Through major sponsorships, deals and partnerships The Play Maker strives to be the best by involving himself in events and by having his brands stretch across the nation. Learning the importance of reinvention, Claude has created a controversial conversation piece that many have named ‘The Great Debate’. Taking on an army of Councilmen and the Mayor, Mr. Whitfield and his business partners left an impression on their minds as they launched the process of making history by introducing the City of Charlotte, North Carolina to Turntablism as a sport.

From photo shoots with Slappa , iZiggy Promotions, and Ortofon you can find him on the Inkfest Live Tour, spinning and hosting the Inkfest Live-WATC DJ Battles, teaching at the award winning program With These Hands DJ Academy, or sponsoring athletes and coaching others.

With These Hands DJ Academy &

Vyzion Internet Radio spins worldwide and national Dj mixes 24/7. So the party never stops! From the car the office the gym or your home you can listen to Vyzion radio anywhere. Vyzion Internet Radio is comprised of an international team that is delivering the best of live radio and Internet Radio. We offer free IPhone and Droid Apps Contact us at 1-800-957-9650.