The American born sweetheart known as Britney Jean Spears, or as we know her as Britney Spears was born December 2, 1981. Starting out as a Mississippi girl, she would took her roots in Kentwood, Louisiana; the 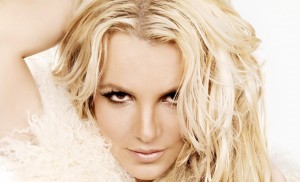 place that she was raised. From a very young age she always wanted to be a star performing in many stage productions as an actor and in television shows as well. Then finally she would take her first step into the music industry with Jive Records in 1997. The first decade would prove to be a momentous one, gaining much needed media attention to become mainstream in our hip culture and popular music; becoming a prominent figure. Britney Spears swept across America with her luscious moves and catchy tunes.

Britney Spears really took on a role of a star, always catching the headlines with her music and passion for having fun in life. She was a role-model for many young women across the world, inspiring many to take on their dreams. As Britney Spears’s released her first and second studio albums: “Baby One More Time” in the year 1999, followed by “Oops!… I did It Again” in the year 2000 to become a monumental icon; moving onto the international scene, spreading her inspiration across the world! Britney Spears would come to break sales records and later in the year 2001, she would release an album called “Britney” being her third album. And shortly after that she would take the lead role in the movie “Crossroads.”

Britney Spears saw what direction she wanted to go with her music career and took action; taking creative control of “In The Zone” in the year 2003, her 4th studio album.

Being Britney, the kind of girl that knows what she wants, knew exactly what she needed to do to top the charts with her 4th album; producing the hit singles: “Everytime,” “Me Against Music,” and “Toxic” would all top the charts. After a couple compilation albums, she would reach a point, which many other musicians have faced in finding their center or path to success. Even so, she triumphed like any other artist coming out with “Blackout” in the year of 2007, her 5th album. That album produced some top hits: “Piece of Me” and “Gimme More,” giving her the much needed confidence she needed to move on with her life.

Britney Spears was motivated in that same year of 2007 to produce a 6th album called “Circus,” creating an internationally chart-topping song, “Womanizer.” And she would also come out with more hits with “If U Seek Amy” and “Circus.” Britney was so pumped up with all of her hits, she took that passion in her supporting tour for her newly released hits, the tour was called “The Circus Starring Britney Spears;” becoming a world wide concert tour and one of the highest-grossing tours on a global level in the year 2009. And finally coming to the present year of 2013, she is working on her 8th studio album; it is expected to come as early as fall, however a date is still up in the air.