Dzhokar Tsarnaev, 19, was captured by local authorities after an all-day manhunt that had the citizens of Watertown under an order to 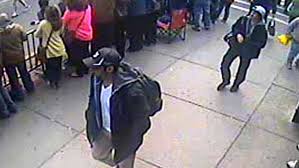 Police found the fugitive hiding under a tarp in a boat located at a residences house. There was a 40 minute strand off before authorizes gain custody of Tsarnaev.

According to CNN, Tsarnaev is in critical condition and could face federal terrorism charges for the Boston Marathon Bombings.

After the police apprehend the final suspect, many stars took to Twitter congratulating authorities and to show their support for those affected by the bombings:

John Legend (@johnlegend): “Came off stage to great news in Boston!  What a relief.”

Alyssa Milano (@Alyssa_Milano): “I am so blown away by the police officers and all 1st responders in Boston. Awesome bravery. I salute you! #BostonStrong”

Jim Carrey (@JimCarrey): “My heart bleeds for those poor pple in Boston. It’s just too much.