Kano, Nigeria (courtesy of CNN) – The terrorist organization Boko Haram managed to kidnap at least 30 additional boys and girls from a village in northeast Nigeria 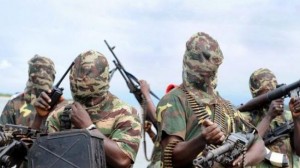 This incident comes on the heels of peace talks for the highly anticipated release of 219 schoolgirls held by the group since April of this year. While details are fuzzy and slow to emerge due to lack of telecommunications service in the region, that have been destroyed during the 5-year insurgency against Nigeria’s government; it’s believed the gunmen invaded the town of Mafa in Borno state on both Friday and Saturday, seizing the children. Boko Haram continues to cause havoc throughout the region, completely disregarding ceasefire agreements amongst themselves and the Nigeria government.
“The boys rang between the ages of 13+ and the girls are as young as 11 years of age. They took them away to their base in the bush, and we believe they’re going to use the boys as foot soldiers” stated Local Mafa Government Chairman Shettima Maina.

Oddly enough, Boka Haram has denied involvement in the most recent kidnappings, and hasn’t issued a public statement on the matter. Boko Haram’s near daily raids have caused a mass exodus of residents from Mafa and neighboring villages to the Borno state capital of Maiduguri. On Thursday, Boko Haram killed an estimated 17 people in the village of Ndongo, later looting and setting ablaze all homes and establishments. Nigerian citizens are outraged that the military has done little to nothing to stop the raids despite repeated complaints by local leaders. And prior to this incident, Boko Haram kidnapped an additional 60 women and girls from two Christian villages in neighboring Adamawa state, according to residents and community leaders.

Boko Haram’s escalating danger is not in dispute from world leaders. The infamous militant group has bombed schools, churches, mosques, kidnapped women and children and successfully assassinated politicians and religious leaders alike. In April of this year the group abducted more than 200 girls in the town of Chibok, located in northeastern Nigeria. After engaging in combative gun battles with trained military soldiers, the militants herded the girls out of bed and onto buses; speeding off into the night.

What does Boko Haram mean? The group was founded 12 years ago by Mohammed Yusuf, a charismatic cleric who called for a pure Islamic state in Nigeria. He was assassinated by police in 2009 on video that was later posted to the internet. In which many believe was a propaganda stunt by the Nigerian government that made Boko Haram become even more violent and defiant towards their victims.

Who’s In Charge?
Once the second in command, Abubakar Shekau took control of the group, their attacks became increasing violent. They murdered and kidnapped westerners and started various bombing campaign that targeted religious institutions and villages. Very little is known about Abubakar Shekau, the leader of Boko Haram. He operates in the shadows, leaving his subordinates to orchestrate his mandates. He resurfaces every once in a while in videotaped messages to mock the impotence of the Nigerian military. Using his faith to recruit impressionable and the disenfranchised youth to join his cause.

Why Should the US Care?
Not only because it’s good to stay abreast of world news, but one of the many reasons the U.S. keeps an eye on Boko Haram is due to their area of operation. With a population of 175 million, Nigeria is Africa’s most populous nation and is considered a political and economic powerhouse in the continent. The key U.S. partner is rich in oil, happens to be a major trading partner with China and is the hub of global business in the region. Last year, Shekau released a statement vowing to attack the United States and Europe.
“Our strength and firepower is bigger than that of Nigeria. Nigeria is no longer a big deal to us, as far as we are concerned. We will now comfortably confront the United States of America”

Not to mention the fact that the U.S. has made it official that Boko Haram has links to the Al Qaeda affiliate in West Africa; as well as to extremist groups in Mali.
In 2011, a Boko Haram’s suicide attack on the United Nations building in Abuja killed at least 25 people.