Really Bobby, really!? I am so upset about this news.  Bobby Brown is peddling tell-all book about life with Whitney Houston.  Ok, so the reality show was enough for me, then all the gossip blogs 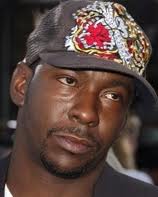 about Whitney and now this?

Less than two weeks after the death of his ex-wife, singer Whitney Houston, Bobby Brown is back in the spotlight. A new report is surfacing that Brown, who wrote a tell-all back in 2008 about his life with the pop star, is working to get the book published.

Brown’s recent return to the spotlight after Houston’s Feb. 11 death brings a better market for the story and a chance for Brown to cash in.

One major publisher of the Huffington Post says, “Now is the time for a book that details an honest look into the life of Whitney.”

Brown and Houston’s tumultuous marriage began in 1992, around the time her film career took off with “The Bodyguard.” Brown’s musical headlines were soon eclipsed by his ongoing battle with drugs and alcohol, and Houston had her own substance struggles. The two divorced in 2007.

The road to print may not be so simple for Brown, however, as he reportedly signed a confidentiality agreement as part of the couple’s divorce, and he has their 18-year old daughter, Bobbi Kristina, to consider. And after he abruptly left the singer’s funeral on Saturday, Houston’s family is already reportedly not fond of her ex.

I know, we all wanted to feel bad for Bobby when he left the funeral because of not being able to sit next to his daughter, but now we have the other side of the story.  Looks to me the family is protecting Bobbi Kristina from the potential emotional danger her father will be stirring up over making some money!

He should be respecting his daughter and especially his ex wife who’s grave site doesn’t even have grass growing on it yet.  Bobby, burry that book, your daughter will love you for it.