How Do You Feel About BBJ? (Blue, Beyoncé and Jay)

I have been on Google digging and digging waiting for more news about Beyoncé and Jay’s new baby girl Blue. Because for the life of me I really still don’t believe that Beyoncé had the baby. I’m not 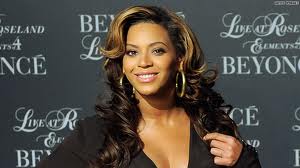 the only one. I remember listening to Tom Joyner’s morning show and a lady made a comment saying, “They delivered the baby by cab.” Meaning someone brought the baby to them. It was so funny to me. It was a joke but a great one. Now on my search for answers I have come across so many stories. Some “they” are saying isn’t true. Like there are a lot of statements that Beyoncé was supposed to have said they are saying aren’t true. Like, she has no remorse for the fact that they put the other families out of the hospital because of Blues birth. When I first read that, it sent me to a flash back of an interview that Beyoncé, Kelly and Michelle did about the forth member of Destiny’s Child (Farrah Franklin) who quit. She was out sick due to fatigue and they were wishing her well but they were very sarcastic and insensitive. So Beyoncé plays the angle but I wouldn’t put it past her. Then I was reading about how Beyoncé’s father Mathew Knowles and mother Tina Knowles didn’t like the fact that Jay Z and Beyonce are putting Blue in the lime light so fast. I agree. She has only been breathing for about 12 days now. Give her a chance to grow up innocent. Also while little Blue as being born, half of Roc A Wear’s staff was being laid off. Jay Z gets paid more money than the company makes and that is to promote it. And being as though he is already swimming in the doe he doesn’t need to support a broke down company. But what makes me angry is that he founded the company. Why would he expect to get paid so much from them and why didn’t Jay Z put more effort into help keeping it afloat?  Jay Z is already rich. The money that he was getting paid from Roc A Wear he could have put back into the company to help support the workers and the continued growth. So now the company is losing money, firing staff and going down the drain. Another black company bites the dust. It’s sad. Shame on Jay Z.

JayZ’s out partying already, I guess he’s still building. He was out celebrating the reopening of the 40/40 Club in New York City. Of course Daddy’s always have free run when there is a new born and mommy stays home. Wondering when Beyoncé is going to make herself seen? When she thinks everyone will believe that she actually lost the baby weight which I still don’t believe she had her. Prove it!!! I want to see the video footage. But look, I still like Beyoncé. I really do. I just don’t believe the whole situation. Wait didn’t Jessica Simpson announce her pregnancy before Beyoncé? No, but she was six months when she announced her pregnancy in October like around the 25th. So… she didn’t have her baby yet. Beyoncé was supposed to be behind Jessica. See I tell ya, nothing adds up.

The best part of the search has been that the public comments about the whole incident. They have been vicious. I was completely shocked by the comments. All the devil comments about baby Blue’s name. Saying Blue Ivy backwards is Eulb Yvi means the devils daughters name in Latin. I still haven’t found proof on that and also the breakdown of the letters. Saying Blue Ivy stands for Born Living Under Evil and Illuminati’s Very Youngest. Also people are making comments about Jay-Z and him deciding to not use the “B” word anymore since having Blue. Saying now that he has a daughter he will never let anyone disrespect her. People are saying he should have never used the “B” word from the beginning. Women are others people’s daughters, and mothers too. Why did it take him now to realize that the use of the word was no good? Jay said he would never sell anymore albums using that word. This is what one person’s response to that was… “He didn’t become rich by using the “b” word… People bought his albums, people who relate to what he has to say, people who don’t see that word as a degradation to an entire sex but see it as it is, a word. Can’t blame him for the community he was brought up in, but can commend him for seeing past it! I think blindly calling him ignorant is far worse because none of us have any clue what he and/or beyonce are like as human beings. At least he is admitting he was wrong and is thankful to his daughter for opening his eyes! They just received the miracle of life and are bettering themselves as people… How is that bad? Why do people hate/judge him so harshly when YOU DON’T KNOW HIM?!?!?! Does that make you a better person?”

This is what a woman in Ireland said, “Summa , London, Londo, you do know Beyoncé STOLE OTHER PEOPLES SONGS, & took it for herself and tried to CLAIM SHE WROTE THE LYRCIS, when she didnt, and that isnt the first time every song/video/performance/clothes design are UNORIGINAL, she constantly steals things from others I like Jay a bit, and i agree this is very Hypercritical, and i don’t see why he didn’t think about the meaning of this word and other words he uses, he should know how to respect women, he has a mother, he has a grandmother etc he wouldn’t refer to his mummy as a b!@ch, what makes any other woman different both Jay & Beyoncé are degrading.”

So the fans are losing respect. I still think the truth will come out. I think I am starting to get a head ache reading all the articles on this topic, but it is still intriguing. Whatever more I find out I will keep it coming…