Beyoncé recently released a surprise self titled album online that has been received well by her fans not only in the U.S but also worldwide. This is evident by the fact that the album titled Beyonce has been selling in large 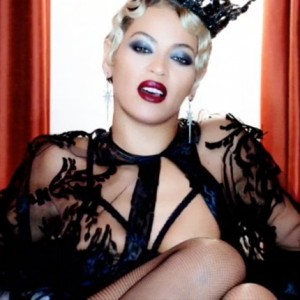 numbers on iTunes. The digital fast selling digital album is already on many people’s Christmas wish list. However, one store has refused to sell this album. According to the Target’s management, store primarily focuses on selling physical CDs that are in physical format and also all the other formats. Thus, the Beyoncé physical album should have preceded the release of the digital version of the Beyoncé new album as the release of the digital album has a major impact on sales projections as well as demand. As such, this big-box retailer will not sell the new album once it becomes available in the physical format.

The store’s management has gone ahead to clarify the fact that they are acting on a matter of policy by pointing out that they have previously partnered with Beyoncé in selling her other albums that are available in the physical as well as other formats. Notably, in 2011, Target had the privilege of selling Beyoncé’s exclusive edition that had six additional tracks an opportunity that has been given to iTunes at least until the physical album is released. She also starred in a commercial for this retailer where she promises to put so much into her new album and only Target would have all of it.

Beyoncé album has been a huge success but it will not be sold in Target amking it just a little harder to get.

While Target has been estimated by Billboard as being the fourth largest music seller in the United States, it is highly unlikely that the decision by Target not to sell Beyoncé’s new album will have adverse effects on the sales of this newest release. This is because of the notably massive sale that has already been recorded on iTunes only days after the album was made available to the public. Moreover, Apple’s iTunes is the largest seller of music with a 41 percent share compare to Target’s five percent. This assumption is also backed by the fact that Beyoncé new album has already set a record for first week digital sales and is set to debut at the fist position on the Billboard’s 200 albums chart.

The physical copy of the Beyoncé new album is expected in the market Wednesday and is expected to be sold in most of the other brick and mortar stores by Friday. The album comprises of 14 songs and 17 visual videos. Unlike the digital version, the physical album will not be having any of the additional bonus or even exclusive content that is available on the digital version for any of the retailers. This means that apart from iTunes, other major retailer such as Walmart that enjoys a ten percent of the market share will also be carrying Beyoncé new album. The store will however adhere to their policy of carrying the non-explicit version of Beyoncé.