Beyonce makes a surprise appearance for the holidays shoppers in Tewksbury, Massachusetts at a local Walmart. 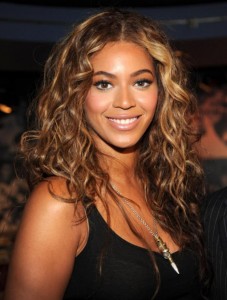 December 20. Beyonce Knowles has broken old sales records with her new self-titled album after her surprise unannounced release of it on Dec. 13. Beyonce announced over the Walmart loudspeaker that she was paying for the first $50 of every customer’s Christmas purchase via a gift card. The shoppers went crazy with cheers for Beyonce.

Beyonce reportedly stopped by on her way to perform at a concert in Boston.

Sarah McKinney a Walmart spokeswoman stated that “It was amazing, quite a scene, Everybody was so excited when she came in, and it’s so great what she did for our customers right before Christmas.”

Beyonce made a lot of people happy by handing out 750 gift cards totaling over $37,500. Now that is what you call a Christmas gift or could it be a calculated marketing move to increase sales and a better partnership with Walmart. Whatever the case she made a lot of people happy.This new album is selling at record pace and is changing how music is distributed. The digital age has arrived. Beyonce’s bold move will energize the indie music market and give young new artist the motivation to do it themselves.