Ok, so I was on facebook the other day and my co-host PamB sent me a link about how the idea for Beyonce’s new video to her song “Count Down”  was taken from 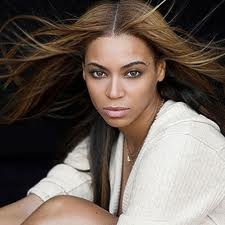 somewhere else. So I was curious and I watched the link. Yes she did copy the moves from Belgian artist Anne Teresa De Keermaeker. So then that gave me flash backs to Beyonce video “Single Ladies”, it was proven that she also copied those dance moves and then there was “Who Run The World”, where she tried to copy the moves but couldn’t get them successfully so instead she flew the group in to be part of it. Then I got to thinking about how many times artists take ideas from movies and so forth. Lil Wayne copied the movie “Inception”. That was right after he was released from jail. But no one made any comments about that. How many people copied the movie “Scarface”? A lot of artists did. So let’s get back to the copying of dance moves.

Beyonce might have copied the dance moves but one famous artist copied the move and took it for their own and that was Michael Jacksons Moon Walk. He was not the creator of that dance; he is just the person that brought it to main stream. No one accused him of stealing. But here we are back to Beyonce. People just can’t seem to keep her name out their mouth. First it’s the fake baby stomach now she is a thief, what’s next? So for once I am not going to bash her, I am going to bash everyone else. Leave her ALONE. DAG! Can she be an artist please? Every idea isn’t going to be genuine. She is going to feel inspired by other people to recreate. Just like they want to recreate the movie “Scare Face”, I don’t know why. Side bar, why in the world would they want to touch a classic? It was perfect the way it was. Come on! That’s like when they did “Clash of the Titans” over. I was truly disappointed. Leave the classics alone. Back to the “Bootylicious” diva, I really didn’t take it as if she was stealing anyone’s idea. The artist Anne Teresa was quoted saying “I didn’t know anything about this. I’m not mad, but this is plagiarism. This is stealing. They took pieces from Achterland and Rosas dant Rosas. It’s a bit rude, I must say. What’s rude about it is that they don’t even bother about hiding it. They seem to think they could do it because it’s a famous work. Am I honored? Look I’ve seen local school kids doing this. That’s a lot more beautiful.” Okay, what she said sounds like hate to me. It’s ok if school kids did it, but as soon as Beyonce does something it is plagiarism. How is it plagiarism? You can’t perform a dance and expect it to never be used anywhere.

Well if its plagiarism than sue her! Oh, you can’t do that can you? No because Beyonce broke no laws. Now when Rihanna got sued she copied her “S&M” video off of photos. Now that’s stealing, but what Beyonce did was not. So just leave he be, leave her baby bump alone and stop hating…
Ms Luvly