It’s the big dance the basketball heaven March Madness The Ticket To The NCAA Men’s Basketball Tournament. March Madness 2012. It’s the place where all hopes and dreams are spilled onto the court for this month long event. It’s the 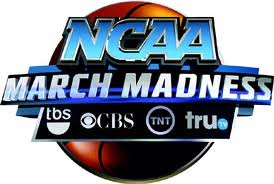 NCAA Men’s Basketball Tournament. Each year a committee of basketball experts come together to select the best 68 teams in the country to compete in this single elimination extravaganza. The basketball tournament is spread out across four neutral locations. The teams are divided into a core bracket containing four regional basketball brackets, one for each location. Each team is given a seed based on team performance, and a number of statistics analyzed by the basketball committee. It is a big honor for coaches and players to have their team selected amongst the field of 68. For the basketball players, this could be their big chance to show the country that they can ball with big boys. For the seniors, this is their last chance to perform for their school, and show scouts they have what it takes to play in the NBA.

March Madness has always been widely popular in the states, and is one of the largest betting windows in America. Businesses across the country participate in what is called an “office pool”. They fill out brackets, picking who they think will win each game. At the end of the basketball tournament, if you finished first in points you get the prize pool. It would be hard to walk into your office during March Madness, and not hear something about an office pool or what team is going to win it all. The office pool craze is something that is absolutely illegal, but I would care to bet that law offices are doing this kind of thing just like everybody else.

What makes this basketball tournament so great, is the fact that there are so many teams and each stage is single elimination. You lose, your out. I love the fact that you always have cinderella teams. A few years ago it was Butler, an 8 seed making it to the final four in consecutive years, becoming the first team to ever do so in the history of the tournament. Last year we saw Morehead State,(virtually an unknown in basketball) send Louisville home in the first round. That type of upset is what sports fans live for period.

This year the basketball tournament should not disappoint. On Wednesday the first round gets underway with a plenty of interesting match-ups. The top seeded teams include Kentucky, Michigan State, Syracuse, and North Carolina. I have three of the four one seeds making it to the final four in my bracket. Mine, however is mostly chalk, meaning I picked most of the better seeded teams to win. However, you always have to have a few upset picks just to make things interesting. I have 13 seed Montana upsetting 4 seed Wisconsin in the first round. Then, deeper in the basketball tournament I have 3 seed Florida St. upsetting 1 seed Syracuse to make it to the final four. I have Kentucky winning it all in the end, as I feel they have been the best team all year long, and show the most consistency/leadership.

Which team will be this years cinderella story? Will Jerry or Bob win the office pool for the third straight year, or will you edge him out with your genius upset picks. So many great talking points develop with every day that passes during this breath-taking event. These student athletes are playing not for money, not for fame, but for the logo on the front of their jersey. For many of them have not earned a claim to fame, they are also playing for a chance to be recognized on a national level, and be a part of something big in their school’s history book. I think the greatest thing about March Madness is the fact that every single basketball team, whether you are St. Bonnaventure(a 14 seed), or Mississippi Valley State(a 16 seed), or the defending national champions, you have at least the smallest of chances to win it all. To these kids, that is enough to pour out every ounce of sweat and emotion, and leave nothing on the court.