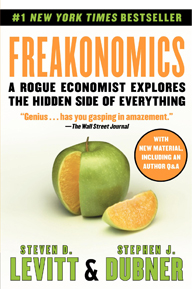 DeShawn, DeAndre, Marquis, Darnell, Terrell, Malik, Trevon, Tyrone, Willie, and Demetrius? They are all considered to be some of the” blackest baby names” determined by D. Levitt and Stephen J. Dubner’s book, Freakonomics.

In 2004, ABC’s 20/20, conducted an experiment showing just how our names affect us when it comes to obtaining employment. 20/20 created identical resumes and sent them to companies, but the only difference was the name placed on these resumes. The resumes with “white” names received call backs while those with black names did not.

Has the world gotten to a place that our name defies who we are and what we are capable of?  The recent birth of Kim Kardashian and Kanye West’s daughter North West has caused the issue to resurface. Yet, how does society know that this child may be the one who save the world tomorrow, but society is focused on her name.

Parents now find themselves at a crossroad when naming their children. Parents go between the thought of giving their child a unique name, or giving their child a name that would blend in with others in society. By reading someone’s name, one may draw their own conclusion about a person before they have held a conversation. Our name is what we use to identify ourselves. When one comes out the womb, they are not named, and for that one cannot be held accountable for what their name is. Many believe that one’s name should not be the determining factor as to who or what they are.

While other’s believe that giving your children “black” baby names, has placed them as an automatic statistic. Those who have “black” baby names are less approachable and do not have a sense of professionalism.

On the site BlackBabyNames.org (http://blackbabynames.org/) the creator states “Black names such as Laquesha and Monifah are often criticized for sounding too “ghetto”, and names such as Michael and James are criticized for being over used. However, the truth is that any name has it’s own value and meaning – and as long the parents approve of it, it’s a good name.” One’s name should not decide their destiny or the path they are meant to walk. Our names are used to identify us, but not to identify our lives.

Please visit Temptaous’ 411 sites on Facebook to read other articles as well as to participate in discussions.