AzMarie is a Supermodel / Recording Artist and is Currently shifting gears from an International Supermodel into a swag switching poetic artist.

AzMarie is native of California. She grew up in Milwaukee, Wisconsin striving for greatness. Her ambitious and disciplined nature has carried 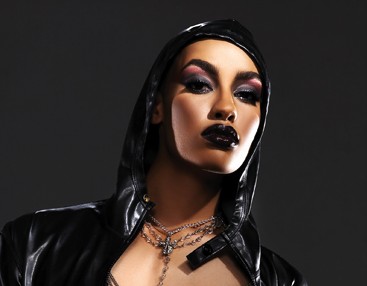 her on a constantly evolving creative journey. This talented artist is a multifaceted character made of many gifts and talents. AzMarie wears the hats of an entertainer, writer, artist, model, and dancer. AzMarie is SAG Eligible and tabbing into acting genre as well. Upon initial contact it is clear that the presence and thoughts that are contained within the body of AzMarie are two of her strongest suits. With a captivating presence, a natural way with words and the ability to leave a lasting impression, AzMarie’s brand of creativity could be called infectious.

Vyzion Radio is proud to have AzMarie as part of the Vyzion Family. Vyzion Internet Radio spins worldwide and national Dj mixes 24/7. So the party never stops! From the car the office the gym or your home you can listen to Vyzion radio anywhere. Vyzion Internet Radio is comprised of an international team that is delivering the best of live radio and Internet Radio. We offer free IPhone and Droid Apps Contact us at 1-800-957-9650. https://vyzionradio.com/