The Supreme Court has decided to send the Affirmative Action Case dealing with the University of Texas back to the smaller courts. 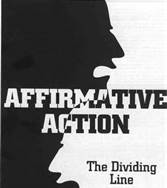 The opinion said the court must be satisfied “that no workable race-neutral alternatives would produce the educational benefits of diversity.”

Affirmative action was initially put in place to give minorities a better chance at employment and school enrollment in 1961. In 1965 President Lyndon B. Johnson issued Executive Order 11246, prohibiting employment discrimination based on race, color, religion, and national origin by those organizations receiving federal contracts and subcontracts , and  In 1967, President Johnson amended the order to include sex on the list of attributes.

Depending on which set of numbers you are looking at, affirmative action has been effective as well as ineffective.

On one side of the argument, affirmative action has been effective by making sure that minorities and women are given the same opportunities as Caucasian men, by ensuring that the workplace or college is diverse. On the other end, affirmative action has not been effective, because it has caused Caucasian males that are qualified for jobs and schools to be turned away because jobs or college institutions have reached their cap on Caucasian males.

This case would have specifically effected college admissions, but it could lead to the removal of Affirmative Action in the work place.

Yet, one argument that will always remain is Affirmative Action necessary in 2013. Many do not want to be hired just because the color of their skin or for their gender, nor do they want to be denied a job for the same reasons. The American Dream tells us to go out and work for our keep, but how can this be done if certain laws are put in place to help one group while hindering another.   Younger generations continue to argue that they want to be given opportunity for their jobs due to their qualifications. While the older generation, wants to respect the fight that was fought in the pass for such laws to be passed. The debate on Affirmative Action may seem like a debate of the courts, when it is becoming a debate of the generations.