Adele Songs are smashing the song charts all over the world

.
Singer Adele is having a great year.  Well, you would too, if you broke three Guinness World Records, made Billboard Hot 100 history and won a MOBO Award.  Then to top that off you have the 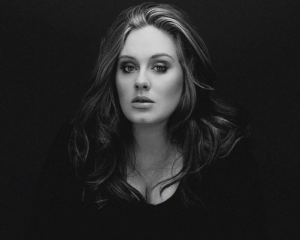 first album to sell a million downloads on iTunes in Europe.   That’s right, the album titled 21 that features the single, Someone Like You, has one million iTunes downloads.  The album, 21, was released on iTunes on January 21, 2011 and in just 11 months time has broken Apple’s European album download record.

She is known professionally as Adele, however, she was born Adele Laurie Blue Adkins.  Adele is a British singer/songwriter who began singing at the age of four.  Although she cites the Spice Girls as a major influence towards her music, by age 11 she became interested in R&B singers such as Aaliyah, Destiny’s Child and Mary J Blige.  Interesting enough, when Adele graduated from The BRIT School of Performing Arts & Technology in May 2006 she wanted to work in A&R to help launch other people’s careers.  As fate would have it, though, a friend posted some of her recordings on Myspace and she would receive a call from music label XL Recordings.   Adele released her first single, “Hometown Glory”, in October 2007 and her second single, “Chasing Pavements”, in January 2008.  Two weeks after the release of the second single, Adele would release her first album, 19, named for her age at the time she started recording the album.  Although the album, 19, entered the British charts at number one, it had a slow start in the US.  Then in October of 2008, Adele performed on Saturday Night Live which had a high rating due to the appearance of then US vice-presidential candidate Sarah Palin.  The following day, 19, topped the iTunes charts and ranked at number five at Amazon.com and “Chasing Pavements” rose into the top 25.  By July 2009, Adele’s first album had sold 2.2 million copies worldwide.

Adele’s second album, 21, has accomplished numerous things for the young talent.  Since its release in January of 2011, 21, has not only put Adele in the Guinness Book of World Records but has also sold over 10 million copies worldwide as of September 2011.  Adele’s three Guinness entries are: solo female with the most consecutive weeks at number one; solo female with the most cumulative weeks with a UK number one; and the first woman to have two singles and two albums in the UK top five at the same time.  Now add to that the first artist to break iTunes one million sales barrier in Europe and it’s just another notch in Adele’s groundbreaking belt.  Independent music analyst Mark Mulligan called the record a “great landmark for digital album sales” according to The Telegraph, http://www.telegraph.com.

Even though Adele was forced to cancel two tours because of a vocal cord hemorrhage in October of 2011, her fan base is still going strong and waiting for her to sing again.  Through Adele’s official site, http://www.adele.tv, she updates her fans on her recovery and thanks them for their support.  She writes “I’m doing really well, on the mend, super happy, relaxed and very positive with it all.”  Also posted on the site, Adele tells her fans of her upcoming DVD + CD, “Live at the Royal Albert Hall”, which should be in stores November 29, 2011.

We should all fully expect Adele’s soulful voice to be around for awhile once she is fully recovered and back in the studio or on another tour.  Until then, though, we have a lot to enjoy with both 19 and 21.