Isaiah A. Thomas better known as Art Craft Emmaculate (A.C.E.) is a recognized artist coming out of Newark, NJ.  He started his musical career at the age of 15 years old. Influenced by artists such as Stevie Wonder, D-Block, 2 Pac, Biggie, Big Pun, and Lauren hill.

A.C.E. has been compared to the late Nate Dogg due to his type of music and catchy hooks along with his vocal nuances. On the lyrical side he is compared to Jadakiss, Rahkim, and Prodigy.

He has completed 4 mixtape projects “ACE – Me, Myself, and I”, “Xclamation II” hosted by Coast to Coast DJ 5X, “The Wake Up Call”, and most recently “Now or Never”.

A.C.E. has collaborated with artists such as Bully (D-Block), Scarlet Fever from the Flava Unit (Queen Latifah),  Young Greg (440 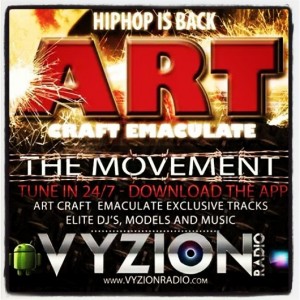 Behind the numerous projects and collaborations, ACE. stays humble and continues to work hard with up and coming producer Supa Stylez. Together they are working on the 5th professional project that is slated to be released on itunes and all other major digital music platforms.

A.C.E. has performed in numerous showcases across the tri-state area and has made a name for himself in the underground circuit for the past few years now. Lately he has been opening for major features such as Styles P and Sheek Louch. As he is moving up in the industry ACE is building a solid fan base and a buzz, which is continually leading him to bigger and better things. Look out for A.C.E. coming to a city near you.