What’s the day after an award show without chatter about the outfits, the drama, and the gossip from the 2014 VMA’s. Here are the highlights you may have missed during the MTV Video Music Awards. 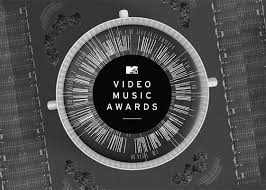 Beyoncé  delivers a flawless 15 minute mashup performance, accepts the Vanguard awards, and  squashes rumors of divorcing JayZ with a little family time and PDA, with adorable Blue Ivy tagging along. She is a hard act to top.

Nicki Minaj has an almost wardrobe malfunction causing her to cling to her clothing while dancing the opening sequence between quick wardrobe changes.

Taylor Swift tries some Miley Cyrus level performance with mixed reviews from her fan base.

Miley pulled off a great PSA by having a local homeless youth go up on stage to accept her award for her calling attention to homeless and runaway youth in the LA area.

Other memorial moments included a moment of silence for Michael Brown, social messages about his shooting, and removing bias in wake of Ferguson.

There was a photo tribute for Robin Williams to Cold Play’s “A Sky Full of Stars.”

However most of the drama of the VMA’s happened before the show actually aired.

From the shooting of Suge Knight at a pre-party, to the snake bit to one of Minaj’s back up dancers. Azalea slipped offstage during a benefit.

Here are the main winners:

Jessica is a native Charlottean that has settled in Lincoln County, NC. She has interviewed celebrities like Sean Astin, Shemar Moore, Patricia Heaton, and has a growing YouTube and podcast. You can find Jessica on social media @jessicawballard and on her blog.

Contact Jessica to set up interviews with your client to promote books, movies, and music releases.