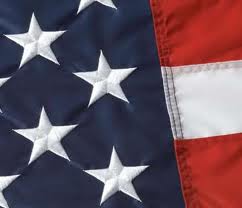 Presidential 2012 Campaign Win It With A Song. Music is in everything.  Everything we do there is music.  Every movie has a soundtrack.  Every TV show has an opening theme. The NFL, NBA, NHL, NBL all have a theme.   There was a famed line in the movie “I’m Gonna Git You Sucka” where Jack Spade asks John Slade who the musicians were and he replies, “They’re my theme music.  Every hero’s got to have some.”  Well apparently the same philosophy applies to presidential candidates.

President Obama and Presidential GOP hopefuls, Mitt Romney, Newt Gringwich, Ron Paul, and Rick Santorum all have theme music to help them win the election. On Thursday, February 9, President Barack Obama released his Presidential campaign playlist for 2012.  The list includes songs from Bruce Springsteen, Raphael Saadiq, Sugarland, and Darius Rucker just to name a few.  You can go to the official Presidential campaign website  and get a link to the complete list.

I briefly went over some of the songs on the complete list and was impressed by the versatility of the list.  Besides the above mentioned names, this is a list that also includes Aretha Franklin, Ricky Martin and ELO: it doesn’t get more versatile than that but then again if you want votes throughout the country you have to show you are the country because this country is more than just one sound. GOP candidate Mitt Romney, has been using the “Born Free” by Kid Rock as his main theme on the campaign circuit.  After his speeches, however, his supporters have been hearing “American Ride” by Toby Keith.  The strategic use for this song is that it brings up the blue-collar unhappiness about gas prices, immigration and being politically correct.  The more surprising thing is that Romney, given his straight laced reputation, would use a song that uses curse words: “Daddy works his ass off, paying for the good life” and “Hot dog! Hot damn!”  Eventually, they cut those parts out.  Romney, at one point, was using Somali-born rapper, K’Naan’s song “Wavin’ Flag” until the rapper asked him to stop. Newt Gingrich, was using the song “Eye of The Tiger” from the RockyIII until the band, Survivor, decided to sue him for copyright infringement.

Apparently, he used the song without permission and former band member, Frankie Sullivan, told the New York Times that a song can lose value if it becomes entwined in the public’s mind with a politician. Ron Paul,  has used the Darth Vadar theme from Star Wars at his rallies.  This seems a strange choice for someone who wants to be leader of the free world.  Maybe Paul hasn’t actually seen the movie yet.  Ron, just a hint, Darth is the bad guy and it doesn’t turn out well for him by the end of the movie. Rick Santorum, came onstage to give his victory speech last Tuesday night after winning all three primary and caucus elections to triumphant orchestral music.

For a candidate that had been trailing behind for a majority of the election he needed to have his moment. Regardless of what songs are chosen to represent the candidates, the one thing that should remain important is the issues.  Yeah, get the crowd at the rallies pumped up on whatever feels good you want to convey your message.   Yes, pick a song that will ride with the momentum of your speech.  However, just remember, the people don’t vote based on a song.  We vote based on the issues. Campaign 2012: Win It With A Song  could decide who wins

Tags:2012 electiondemocratdemocraticelection resultspresidential election
Previous : Do Not Let Go of Your Dreams
Next : Chris Brown Redeems Himself Wins Grammy